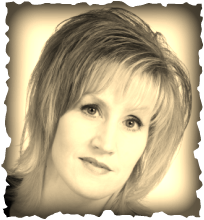 Dk Dance Visions is locally owned and operated by Dayna Keller.  Mrs. Keller trained in dance and vocals and completed the children's and major exam syllabus in the Canadian Dance Teacher's Association for Jazz and Tap, and examinations in the RAD Syllabus for Ballet.  As well as training in the studio, she travelled the province competing and taking part in dance workshops to enhance her training. In 1993- 1994,  Dayna became a certified member of the Canadian Dance Teacher's Association in the Stage Tap and Jazz Divisions, and in 2003, became a certified teacher in the C.D.T.A. Ballet Division.  Mrs. Keller has also added Modern and Acro dance with the Canadian Dance Teacher's Association to her training, and has over 25 years of teaching experience.

Mrs. Keller has travelled to instruct dance in many areas of Saskatchewan before opening her own studio- DK Dance Visions in 2005.  Dayna's previous teaching positions took her to Lanigan, Lake Lenore, St Brieux, Cudworth, Annaheim, Englefeld, Watson, Carmel, and Muenster.  As well as instructing, Mrs. Keller has also adjudicated competitions within the province.  Over the years she has continued her dance education in Canada as well as the United States.  Mrs. Keller has attended conventions and workshops in Saskatchewan and Alberta, Las Vegas Nevada, and New York- July 2010,  Orlando Florida- July 2011, Los Angeles- July 2012, and New York in July 2013, again to Los Angeles in 2014, and to Vancouver in 2016.  Under her direction, students have attained many scholarships and awards at competitions throughout the province, as well as attending workshops in Canada and the USA.  Selected students of Mrs. Keller have gone on to the prestigious Royal Winnipeg Ballet, performed with companies such as Dare To Dance, and Inspired Dance Company.  Many students have performed in the Youth Talent search at the Saskatoon Exhibition 2005-2010, Bruno Cherry Festival 08 and 09, on TV fundraisers such as Telemiracle 08 and 09, and at Local events such as the Summer Sizzler  2002-2005, Summer Sizzler Parade 2004-2010, and for Prime Minister Lorne Calvert in 2007, and streetfest 2014.  Miss Dayna's students have competed and auditioned in Saskatchewan, Alberta, British Columbia, Las Vegas, Los Angeles- 2012, New York 2010 and 2013, and Orlando Florida in 2011.   Some of Mrs. Keller's former students have gone on to professional careers or to become certified dance teachers.

Dawson Keller- singer/ dancer/ actor/ choreographer/ teacher.
Dawson began his dance career at the tender age of 2.  At age 7 he was awarded a Future Star Award and it was evident that he had a real passion for performing. Dawson has performed in many venues- such as  Saskatchewan Premiere Lorne Calvert in 2007, Telemiracle 2008 and 2009, Saskatoon Exhibition 2007-2011, Humboldt Summer Sizzler, Street Fest, and competitions and performances all over Saskatchewan and the United States.  In the past 15 years he has completed many exams in the Canadian Dance Teachers Association- Tap, Jazz and Ballet Divisions.  His dedication to the exam training earned him Honours on every Tap exam in levels Grade 1 thru Advanced and Received the National Student Achievement Award for Tap.  His dance education has taken him to Orlando Florida in 2011- where he competed in Candance Nationals- placing in the top 10 Juniors.  His love of performing has won him the title of Mr Junior Candance 2011, and Mr. Junior Candance Runner Up- 2013, as well winning the Saskatoon Ex Junior Youth Talent Search in 2011.  2012- saw him off to Los Angeles for acting lessons, and 2013- to New York to Tremaine dance competition and convention. 2014 took him back to Los Angeles to Movement Lifestyles hip hop studio as the result of a Scholarship he attained.  Also on scholarship- he attended The Edmonton School of Ballet Summer School Program in 2014. In July 2016- Dawson attended the Harbour Dance Centre Intensive Workshop in Vancouver.  During his years of training he began choreographing his own hip hop solos at age 9 and began teaching in the studio at age 14. Dawson has attended many workshops such as Triple Threat, Dance Jam, Groove Street, Comfort Fedoke, Tremaine- New York, Awakenings- Acting Workshop in LA, Broadway Bound- MooseJaw, Fayez One, Dance Ink, Lanigan Dance Dynamics, DK Dance Intensive, Melfort Summer Dance, Tisdale- Honey Bee Music and Dance camp, and Def Soul- Saskatoon.   He has competed in many competitions such as Dance Power- Saskatoon, Dance Power- Regina,  Triple Threat- Saskatoon, Lanigan Competition, Watrous Dance Festival, Candance- Regina, Candance Nationals Florida ,Humboldt- Onstage Festival, Rose Valley Competition, and Tremaine- New York City.  At age 14 he was chosen most promising Intermediate dancer at the Onstage Festival in Humboldt.  At age 15-he was selected for the Most Likely to Make it on Broadway award at Moose Jaw- Broadway Bound Intensive.  2015- at age 16- Dawson was the recipient of Most Outstanding Senior Dancer at Lanigan Dance Compeition.   2016- at age 17 Dawson won the Overall Outstanding Peformer - OnStage Festival. He attained scholarships to Harbour Dance in Vancouver in 2015 and 2016, and 2017, and won the 2015 Dance Saskatchewan Youth Embassador Award for his ongoing commitment to dance training.  He has taken classes from many great teachers in the industry such as Luther Brown, Faye Rauw, Devin Perry, Tara Jean Popowich, Devin Jamieson, Bradley Rapier, Jennie and Heidi Ford, Lisa Stevens, and ShowTime to mention a few. Dawson is also an accomplished singer/ actor- having been in many performances - including Marysburg Children's Choir, Marysburg Youth Choir, Humboldt Collegiate High School Choir, Missoula Children's Theatre at a young age, and again in 2013 as the Lion in "The Wiz" , the  2014 High School performance of Beauty and the Beast ( double role as the Prince and the Beast),  the 2016 lead role of Troy Bolton in High School Musical, and the Bravo Effect- 2012-2015.  He performed with The Provincial Honour Choir in 2014, 2015, and 2016  and has attended regional music festivals for the past 9 years. In 2015 and 2016 he received recommends to the Provincial Music Festival Level.  Dawson has been fortunate to win many awards and honours in the past years.